Home All Articles My Son the Artist, My Daughter the Construction Worker: Helping Our Children Find Their Niche 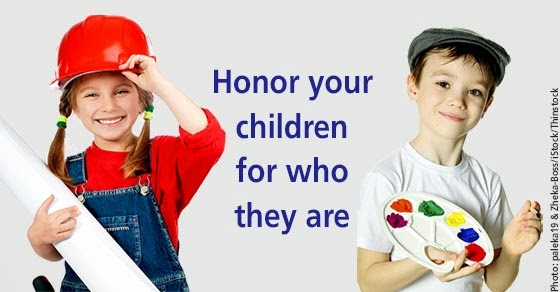 My Son the Artist, My Daughter the Construction Worker: Helping Our Children Find Their Niche

“My son writes poetry after dinner. On the weekends, he goes to the opera and symphony. His favorite class is art. When I was his age, I was trying out for team sports and blowing things up in chem lab.” Kids who don’t travel with the pack, who march to their own beat, are valued as “creative” and “unique.” But being accepted as different has its limits, even in a region as progressive as the Bay Area, according to Karen Friedland-Brown, Director of Parents Place on the Peninsula, who, along with her colleagues, consults with many parents concerned that their children are different.

“One of the biggest worries from parents who come to us for consulted is that their kids will not ‘fit in’ because their interests are unusual,” says Karen. “There is an immense pressure in the Bay Area to succeed, and some mothers and fathers believe that if their children do not follow a particular prescription for success—which includes excellence in every area, from academics to athletics to extracurricular activities—they will struggle throughout their lives. We remind moms and dads to honor their children for who they are, whether they are math geniuses, superb gymnasts, or budding artists, and to support their interests. We also tell them that there are no studies correlating participation in a particular activity, such as team sports, with future success.

“Often,” Karen adds, “parents’ concerns stem from the possibility that their children will be bullied for being ‘different.’ This is a legitimate worry, because youngsters with perceived differences, including race, religion, gender identity, and sexual orientation, are at greater risk for bullying.

It’s a natural and understandable paradox that parents want their children to “do their own thing” yet also engage in activities that are crowd pleasers, says Karen. While gender roles have loosened dramatically over the decades—there are plenty of male nurses and female CEOs—there is still plenty of uneasiness about boys who want to bake cookies and girls who want to build model airplanes. But it’s our responsibility as parents to support our kids as they struggle to figure out who they want to be. “The tendency of parents—I include myself—is to swoop down and fix everything so that our kids avoid all struggles,” says Karen. “But what we need to remember is that our job is not to prevent struggle. It’s an important part of growth and development.”