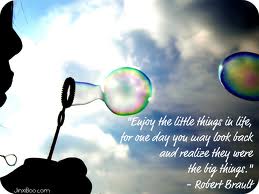 Last weekend was my son’s first middle school dance. He came home from school at the beginning of the week excited at the prospect of attending the dance. He thought about what he was going to wear and bought his ticket. The night of the dance, I heard the blow dryer going and my son, who generally doesn’t care about such things, made sure he smelled good. He asked for money so he could buy himself and his friend’s snacks at the dance. I drove him to the dance and walked behind him as he ran into one of his friends. They walked together to sign in. Before disappearing into the dance, my son turned around and gave me a fist bump.

When I picked him up, he said he had danced with some friends and had a good time, although the music was a bit too loud. What parent wouldn’t feel good about a night like this for her child? For our family, this night was particularly poignant. This was the child who refused to get out of the car in second grade to go to school; the child who sequestered himself under his desk when his anxiety level became too high; the child who had to leave the circus the minute the music started and the lights flashed; the child who, when asked with whom he played at school that day, said “Me, myself, and I”; and the child who had and continues to have difficulty reading social cues and can become rigidly stuck in his own point of view.

The amount of joy we felt at our son’s first middle school dance and how successfully he navigated situations—which in the past had been fraught with landmines—is hard to put into words. I can’t help but feel that had he not had to face his particular challenges, we wouldn’t have been as appreciative of this moment. One of the blessings of having a child with challenges is the experience of truly appreciating the little things that others take for granted. Everyday accomplishments for others are small victories for us.
It is often easier to see the negative side of having a child with challenges. After all, it can be an exhausting and unpredictable endeavor, constantly subject to the needs of your child on a daily basis and the filtering of judgment from those around us. That being said, there is no greater gift than reveling in the steps your child takes and truly appreciating them no matter how small. I will take this any day!