Home All Articles Moving from Shame to Healing 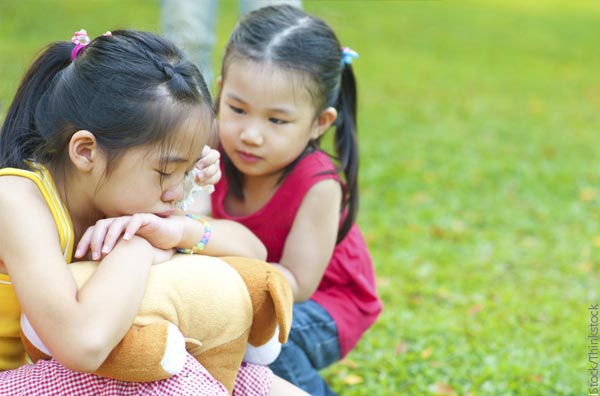 Moving from Shame to Healing

Hitting, biting, spilling, pushing, yelling, and fighting, followed by scolding, correcting, apologizing, teaching, guiding—again and again. This pattern is one parents know all too well.

The pattern is simple. The child makes a mistake, acts out, does something she shouldn’t have, and the parent responds. Then minutes, hours, or days later, the child makes the same mistake—or a similar one—and the pattern repeats itself.

Why is this pattern so common, and why does a pattern that is seemingly so simple feel so complex? When an adult spills a drink, we might ask, “Are you okay?” or “What happened?” However, when a child spills a drink, the common response is: “Be careful!” or ‘Why did you do that? Watch out!” 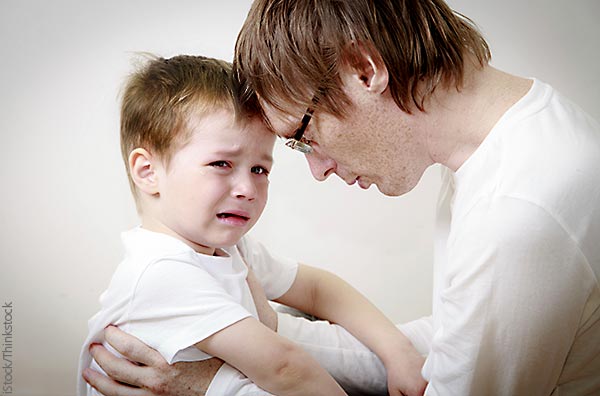 The difference in responses has to do with the way in which children are perceived. We expect that with an adult, the mistake was an understandable one that may or may not have been his fault. However, with children, we often jump to the conclusion that if they had done something differently, the mistake would never have occurred.

It makes sense why, as adults, we respond this way. We see mistakes as intentional because sometimes they are: Children misstep to get our attention and to express frustration. Sometimes they act out intentionally; many times, they make a mistake because they are testing a boundary or trying to do things their way. This is important because, as we know, it is through trial and error that children learn.

These mistakes are challenging for a number of reasons. They may be a cause of concern when: (1) they involve issues related to safety, (2) the child makes the same mistake multiple times, and (3) the mistake causes an outcome that is difficult for the adult to manage. Ideally, these moments are opportunities to guide, teach, and learn something about who your child is—and who he is becoming. In fact, one way to monitor and seek greater progress is by asking some specific questions about the behavior to determine whether it was an honest mistake or an example of “acting out”:

The challenge for all parents is to respond instead of react. When we respond to children’s behavior, we help children develop a sense of remorse. Remorse comes from empathy, because as children understand how their behavior affected those around them, they begin to take ownership over it, which in turn leads to repair.

Children who can move from remorse to repair are more likely to build healthy attachments with others and be well received by the world, despite mistakes they make along the way. They are also more likely to avoid making the same mistakes more than once, because by connecting to the remorse they feel, they demonstrate that they understand why their behavior was problematic. They can then move toward offering a heartfelt apology, making amends, and seeking solutions that allow them to clean up the “wreckage.” By being a part of the solution, they are able to own the behavior while also moving away from the problem. This creates self-esteem that is based on the understanding that they have flaws but are not just their flaws.

On the other hand, when children are shamed, they begin to either “act out” or “act in.” They may identify as a victim, or be more likely to take on the role of offender. In addition, when children feel judged and criticized, they are more likely to become perfectionists. The focus on perfection is the child’s way of trying to gain back the control they feel they are lacking by striving to please those around them. They believe that if they are perfect, there will be no conflict and, therefore, no need to feel bad about who they are or what they have done.

The problem with this is that perfectionism does not allow for imperfection. Because perfection is unattainable, these children begin to believe that they are to blame when they can’t reach the high standards that they set for themselves. Oftentimes, these standards are also not developmentally appropriate. For example, if a 2-year-old tries to wash his parents’ car perfectly, he might not be able to do so because of his height, hand-eye coordination, etc.

In addition, perfectionism focuses on the product rather than the process. This is why many children who strive to be perfect to please others or to avoid feeling bad about themselves begin to reject activities that they don’t excel in, thereby limiting their opportunities for growth.

Guilt is what we feel when we have made an error. Shame, however, is what happens when we internalize this error. For example, we may feel guilty for what we have done, but if we say we are bad people because of it, then we move from owning a feeling related to an action or experience toward one that shapes our identity. This is dangerous, because in a world in which doing the right thing is the only way to feel accepted, or to receive love, children walk on eggshells and may turn into young adults who believe that a misstep can cause a collapse.

So what can we do to help children understand that feeling guilty is often appropriate but that shame is unnecessary?

Remember that how you respond to your children affects how they feel about themselves. Your own shame becomes their own; your critical voice becomes their internal voice. Shame is passed along from one generation to the next, from sibling to sibling, and from what was said in a moment to how one feels about oneself over the course of a lifetime.

Ready for the good news? Just as shame can be internalized and carried internally over the course of a life, the same is true of positive sense of self and the ability to show remorse and repair. So begin today by acting instead of reacting, modeling instead of just teaching, and demonstrating that mistakes are natural and sometimes even beneficial.

Problematic vs. Normal Anxiety―How to Know the Difference and How to Help By Dr. Sarita Patel

It’s no secret that childhood anxiety has been on the rise, and many parents are concerned about missing signs or...
CONTINUE READING

Dr. Sarita Patel, Child and Adolescent Psychiatrist at the Center for Children and Youth, answers some common quest...
CONTINUE READING

A Great School Year Starts During the Summer

Whether you’ve been counting down the days until school starts or you never want summer to end, the reality is, t...
CONTINUE READING