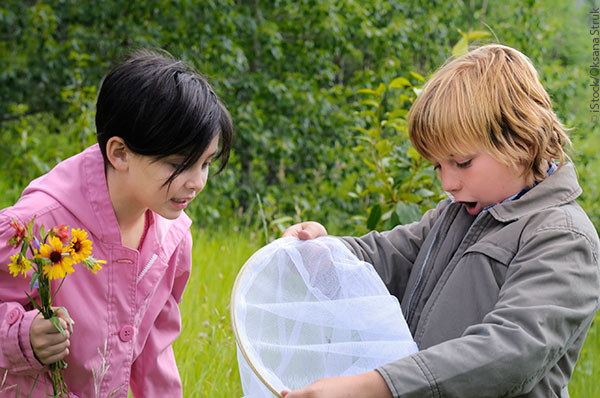 Do you have 15 minutes to spare? If so, you can be a citizen scientist. Over the past few years, citizen scientists — ordinary people who help scientists and organizations track the count and behaviors of such creatures and phenomena as birds, butterflies, bees, wildflowers, and even meteors — have been active and helpful information gatherers. After all, researchers can’t be everywhere, and many of us have habitats in our backyards and neighborhoods that can help others gain important information about nature. Some citizen science findings have resulted in important new discoveries that were published in scientific journals, such as this one about the distribution of non-native crickets.

Citizen science also provides a tool for active summer learning, as well as an activity that gets naturalists of all ages outdoors together for a project that helps them better understand local and global ecosystems. Don’t let the name intimidate you. All you need to participate in citizen science is the desire to observe nature to the best of your ability and record what you see.

Here are 11 citizen science projects to try this summer.

Susan Sachs Lipman (Suz) is the author of Fed Up with Frenzy: Slow Parenting in a Fast-Moving World, which contains 300+ activities for family fun and grew out of her blog, Slow Family Online. Slow Parenting and the book were named a 2012 Top 10 Parenting Trend by TIME Magazine. Suz has written for the New York Times’ Motherlode blog, the Christian Science Monitor’s Modern Parenthood blog, and many others. She is the Social Media Manager for JFCS and Parents Place.