Home All Articles Teens Do Some Serious Talking at Parents Place 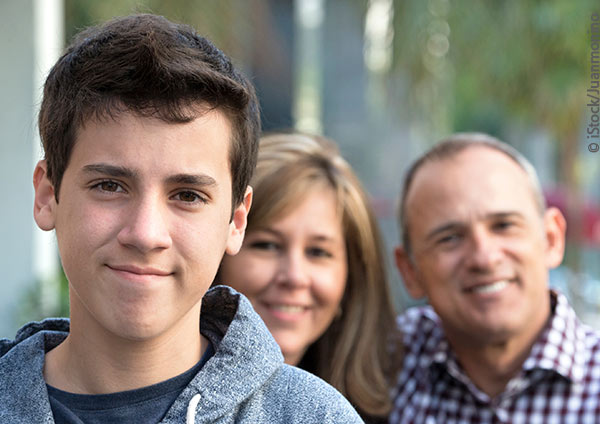 Teens Do Some Serious Talking at Parents Place

By all accounts Micah had a great freshman year—good grades, a nice mix of extracurricular activities and some new friends who shared his passions for music, soccer and anime comics. But by October of his sophomore year, Micah, now 16, had lost interest in school, sports, clubs and friends. He spent a lot of time alone in his room listening to heavy metal music; only emerging for meals where he sat sullenly, responding to his parents’ questions with barely a grunt.

“We were out of our minds with concern,” said his mother, Joanne, who contacted Parents Place for help after seeking advice from friends and school personnel.

“My husband George and I couldn’t get through to him, and no variation in our approach—tough love, cajoling, nonchalant, laid-back—made any difference,” Joanne said. “Micah gave us the silent treatment; looking at us with disdain any time we tried to engage him. It was baffling because while we knew school work was a stress for him, there wasn’t a whole lot of tension or conflict in our home. I remember having fights with my own folks when I was Micah’s age, but his behavior was completely foreign to us.”

“For teens, the common belief that peers are the truth-tellers and parents are the ones who don’t understand is pervasive. Emotions come in the form of extremes and they see life as delightful, heartbreaking, humiliating, and profound,” says Liana Unger, MSW, Parents Place Coordinator. “Teens often act out, or act in—in the form of self harm or turning feelings inward, because they believe that how they feel is wrong. It’s our job to help them see that feelings aren’t facts and to guide them through this time in their lives.”

Joanne and George met with a Parents Place counselor and discussed their fears. Eventually, they convinced Micah to meet with a Parents Place counselor as well. “Nothing changed overnight. For a couple of weeks after he started therapy Micah would return home, close his door and put on his headset,” Joanne recounted. “But after a month or so I’d find him in the kitchen wanting to chat about my workday or talk to George about some new high-tech gadget.”

Several months after Micah began seeing the Parents Place counselor, he felt comfortable enough to tell his parents about the episodes that had triggered the changes in his behavior. There had been a girl who’d rebuffed him and a friend who betrayed his trust. There was a favorite teacher who relocated across the country, and he no longer felt like he had the support to manage his heavy workload from school. He was highly stressed.

“I was really mad, and I was afraid of expressing it,” Micah said. “My parents always seem so good-natured and even-keeled. I didn’t know how to talk to them about things that weren’t pleasant.”

After Micah shared what was going on for him, he was surprised to learn that his parents had experienced similar things in their lives. “My mom told me about a friend who turned out to be a snitch, and my dad talked about some of his dating disasters in college,” Micah said.

While Micah still occasionally gets depressed, he no longer hesitates about sharing his feelings with his parents and therapist, who he still sees monthly. Micah also joined YouthFirst, a program of JFCS where teens get emotional and academic support as well as leadership opportunities.

Joanne is grateful that Parents Place came through for the entire family. “Micah is no longer in a funk, but I know that if he ever goes through another crisis, Parents Place will be there for him … and for us,” she said.

If your teen needs help or you need support raising your teen, contact us for a consulted.

Supporting Our Children in Difficult Times

During these challenging and uncertain times, children are socializing in very small groups, if at all. Although a ...
CONTINUE READING

Common Misunderstandings, Fears, and Facts about ADHD and Distance Learning

The pandemic has dramatically changed our kids’ daily lives, and many parents are noticing new behaviors at h...
CONTINUE READING