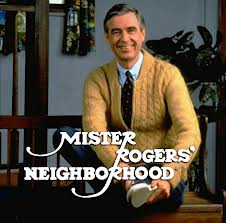 As a mother and a mental health professional, I have been shaken to the core by the events in Newtown. I imagine you have as well. How do we cope with such an uncertain world? One place to start is to highlight the goodness that has transpired at a horribly dark time. The late Fred Rogers, of the iconic program Mr. Rogers’ Neighborhood, said it beautifully:
“When I was a boy and I would see scary things in the news, my mother would say to me, ‘Look for the helpers. You will always find people who are helping.’ To this day, especially in times of ‘disaster,’ I remember my mother’s words, and I am always comforted by realizing that there are still so many helpers – so many caring people in this world.”
— Mister Rogers
The inspiring stories of heroism provide comfort and light at this difficult time, as do the outpouring of support from every part of the country and world. Yet one thing has remained painfully clear: There is a lack of support for those with mental health issues and for their families. Beyond that, there is a lack of understanding about mental health and developmental disabilities, as well as harmful stereotypes. This past week, the New York Times published Priscilla Gilman’s “Don’t Blame Autism for Newtown.” In her opinion piece, Ms. Gilman expresses dismay over the inference that Asperger’s syndrome was to blame for the shooter’s actions, and she notes how rapidly speculation shifted from insinuation to “a veritable storm of accusation and stigmatization.” She writes:
“This country needs to develop a better understanding of the complexities of various conditions and respect for the profound individuality of its children. We need to emphasize that being introverted doesn’t mean one has a developmental disorder, that a developmental disorder is not the same as a mental illness and that most mental illnesses do not increase a person’s tendency toward outward-directed violence. We should encourage greater compassion for all parents facing an extreme challenge, whether they have children with autism or mental illness or have lost their children to acts of horrific violence (and that includes the parents of killers).”
Read Ms. Gilman’s entire article here.
One need only read Liza Long’ article “I am Adam Lanza’s Mother,” which has gone viral, to gain a sense of the desperation many families feel as they grapple with children who have emotional and psychological challenges. Long depicts a troubled life for her family and for her 13-year-old son, of whom she and her other children live in fear and for whom she has been unable to obtain adequate help. Imprisonment, she suggests, may be the only answer:
“No one wants to send a 13-year-old genius who loves Harry Potter and his snuggle animal collection to jail. But our society, with its stigma on mental illness and its broken healthcare system, does not provide us with other options. Then another tortured soul shoots up a fast food restaurant. A mall. A kindergarten classroom. And we wring our hands and say, ‘Something must be done.’
If we are to learn lessons from the tragedy of Newtown, we must look closely into helping those with mental illness and their families and embrace rather than blame the victim(s). As a society, we must value the importance of developing effective programs and providing funding so they can be sustained. Let us be the helpers. 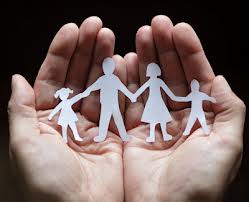